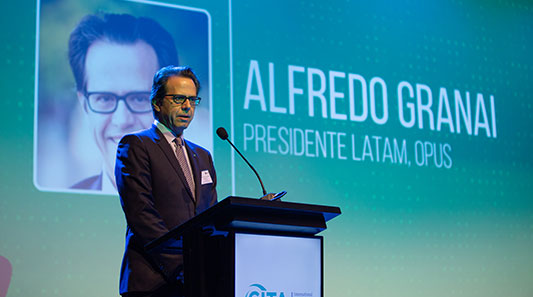 During the second day, there were five sessions on topics such as legislation, experiences in other markets and the future of vehicle inspection with panel discussions and presentations from governments, the industry and CITA. The event was opened and closed by Hans González, SEREMITT Region of the Liberator Bernardo O'Higgins, Sub-Secretariat of Transportation, Government of Chile and Mr. Gerhard Mueller, President of CITA.

Celeste Chiang, Head of Regulations at the Chilean Ministry for Transport discussed Chile’s vision for the future of vehicle inspection, while Horacio José Serpa, Senator of the Republic of Colombia and President of the Sixth Commission shared the experience of Colombia. François Guichard from the UN presented a paper on the UN and vehicle standards.

There were also perspectives from from Argentina and Mexico: Pablo Farias, Secretary of Public Services and Transportation, City of Córdoba and Federico Nilles, General Director of Driver and Transportation Qualification, Government of the City of Buenos Aires discussed the experience of Argentina. Marco Herrera ,Director of Air Quality Management at the Ministry of Environment in the Government of the State of Puebla presented the view from Puebla, Mexico.

Opus presentations included a discussion by Lothar Geilen on the benefits of on-board diagnostics in vehicle inspection and a speech by Rigoberto Bahamonde on Opus’ remote sensing work in Madrid, Spain.

Alfredo R Granai said, ‘We were delighted to welcome so many vehicle inspection leaders to the event. As vehicle numbers increase in Latin America, it is vital to ensure they are safe and clean.’