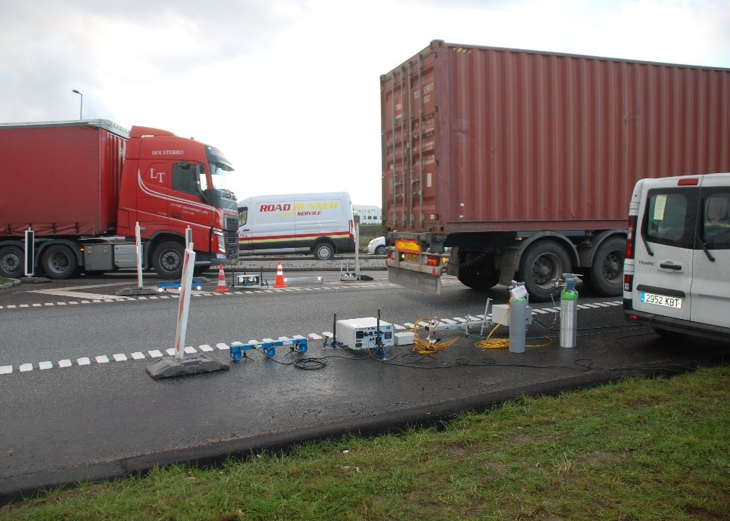 Opus remote sensing equipment for vehicle emissions was used during the inspections. Preliminary results from the recent investigation indicate that up to 15% of Euro 5 trucks in Spain might be driving with defeat devices. Numerous truck drivers have been prosecuted for fraud and four people face criminal charges for modifying an entire fleet of trucks. Opus estimates that trucks from that one fleet alone could have released up to 90 metric tons of nitrogen oxides into the atmosphere.

‘More than four million deaths worldwide are attributable to ambient air pollution – and nitrogen oxides are linked to respiratory diseases and even cognitive impairment. The potential for improvement of air quality could be enormous with even greater use of our remote sensing technology,’ said Josefina de la Fuente, CEO at Opus RSE.

The EU sets ceilings on the amount of nitrogen oxides trucks and passenger vehicles are allowed to emit. Selective catalytic reduction systems, which neutralize the pollutant, are mandatory on most Euro 5 and Euro 6 trucks. But they are so expensive to operate and maintain, some drivers and fleet owners use illegal defeat devices bought from the internet to disable the system on their vehicles.

With defeat devices in place, heavy-duty vehicles emit up to 10 times more nitrogen oxides – or up to one metric ton per year. But Opus’ remote sensing devices measure real emissions from the roadside as vehicles drive past.

"Some days, as many as half the heavy-duty vehicles in Spain that Opus flagged as high polluting turned out to have been tampered with," says Josefina de la Fuente.

Vehicle emission fraud is not limited to Spain. The operation was carried out with EUROPOL, who discovered that defeat devices are widespread in France and the United Kingdom. Opus has also been working with the authorities in Denmark and Austria with similar results, suggesting that traffic pollution could be significantly higher than European limits across the continent.